The Beatles made their first foray into the world of film in 1964 with A Hard Day’s Night. From then on, it was a medium they could never quite leave behind. In addition to the ones they made together, all four of them pursued their own individual film projects over the years, with varying degrees of success.

A Hard Day’s Night remains, for many, the high point of The Beatles’ film career. Over 50 years later it still stands up as a great piece of work. Director Richard Lester took exactly the right approach; it didn’t have too much of a plot, being centred around Beatlemania and the band’s everyday experience of life on the road, and allowed The Beatles to be themselves and give as natural a performance as possible.

The film also featured a strong cast of supporting characters. Norman Rossington and John Junkin played The Beatles’ comical management duo, Norm and Shake, whose attempts to keep the boys out of trouble often fall flat. Wilfrid Brambell, famous for his role as Albert Steptoe in Steptoe and Son, played Paul McCartney’s mischievous Irish grandfather, who gets into more than a few scrapes during the course of the film.

It seems that making A Hard Day’s Night was a positive experience for The Beatles. George Harrison even found love on set when he was introduced to his first wife Pattie Boyd, who played one of the schoolgirls on the train.

The success of their first film outing led to another collaboration with Richard Lester in 1965. Help! was more ambitious in every sense; it was filmed in colour, had a bigger budget and was shot in locations like the Bahamas and the Austrian Alps. It also had a more elaborate plot, which saw an eastern cult trying to retrieve a sacrificial ring that had fallen into the hands of Ringo Starr. 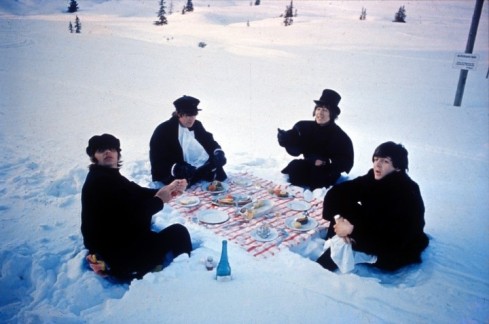 Despite a great cast which included Victor Spinetti, Eleanor Bron and Roy Kinnear, there’s just too much emphasis on the story and not enough on The Beatles themselves, which is where A Hard Day’s Night is the stronger film. The Beatles also found the whole experience less enjoyable, probably partly due to their heavy schedule. That said, it’s still a lot of fun to watch, and the decision to give Ringo the starring role was a good one.

The Beatles’ next film project was 1967’s Magical Mystery Tour, which was completely different in that it was screened on television. The idea was attributed to Paul, though he later said, “I’m not sure whether I want to take the blame for it!” The film was unscripted and revolved around a bus tour featuring the band and a cast of various characters. As a result, it was a mess. Screened on BBC1 over the Christmas period, it was savaged by critics, who didn’t know what the hell it was about.

The 1968 animated film Yellow Submarine was made in order to fulfil a contractual obligation to United Artists, but The Beatles had little to do with it, apart from providing a soundtrack and making a live-action cameo appearance in the final scene. Despite this, it was highly acclaimed. Their final big screen outing was the Let It Be documentary, which became famous for capturing the tensions that led to the band’s break-up.

John Lennon was the first Beatle to appear in a film on his own when he played Gripweed, a British Army soldier, in Richard Lester’s 1967 satire How I Won the War. This proved to be his last acting role, and the only films he worked on in the future were his avant-garde endeavours with Yoko Ono. 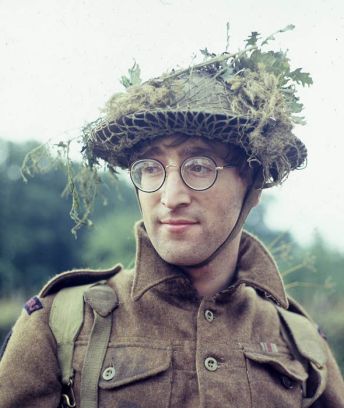 Paul McCartney played himself in 1984’s Give My Regards to Broad Street, which was based around a day in his life, and also featured an appearance from Ringo. While the film itself was unsuccessful, its soundtrack, composed by Paul, was well-received. Over the years he has made the odd cameo as well as providing voiceovers for shorts like Rupert and the Frog Song. More recently, it was announced that he would make an appearance in the upcoming Pirates of the Caribbean: Dead Men Tell No Tales.

George Harrison found success as an executive producer through his company, Handmade Films. As a performer he made a cameo appearance in Monty Python’s Life of Brian, which he helped fund, and played an interviewer in his friend Eric Idle’s Beatles spoof, The Rutles, in 1978.

Considering his starring role in Help! and his equally entertaining performance in A Hard Day’s Night, it’s no surprise that Ringo Starr enjoyed the most prolific acting career of the four Beatles — even if not all of his films were hits. His credits have included the likes of The Magic Christian, with Peter Sellers, and Caveman, on which he met his second wife Barbara Bach. One of his finest performances was in 1973’s That’ll Be the Day as Mike, the friend of David Essex’s character Jim MacLaine.

Music always came first for The Beatles, but their big screen ventures have left us with plenty more to enjoy.

I’m Sarah, a lifelong Beatles fan from Ireland, and this blog is an outlet for all of my ramblings on the Fab Four and their music. Thanks for visiting!

With A Little Help From My Friends